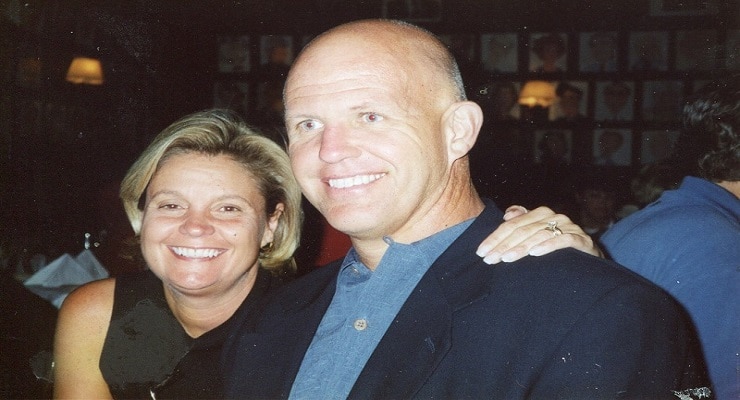 This is a sponsored post written by me on behalf of Blue Star Families. The opinions and text are all mine. 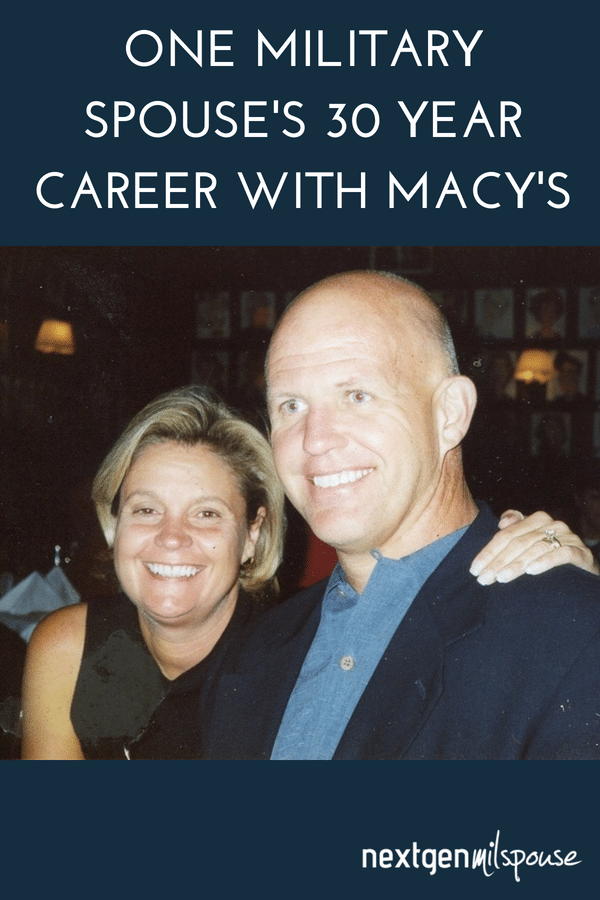 I love a positive military spouse employment story. Margaret Long has one such story. 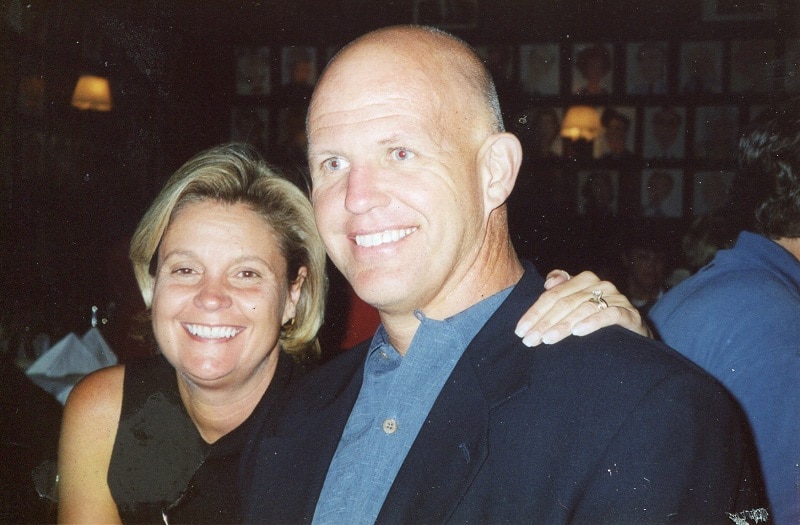 Margaret is the store manager of Macy’s Lakeside in Metairie, Louisiana, near New Orleans.

There are a lot of things I could tell you about Margaret.

Let’s start with this fact – Margaret has worked for Macy’s for more than 30 years. Not impressed? Let me add in this tidbit – Margaret is a Coast Guard spouse.

In some cases, like when her husband was sent to Mobile and Montgomery, Ala., there wasn’t a Macy’s store at those cities. But that didn’t stop Margaret from continuing her successful career in retail.

In one case that meant working remotely for an Arizona-based call center and in another case that meant living apart, commonly referred to as geobaching. Margaret said there are trade-offs when you have a career alongside your service member.

“I always had to balance my ambition with the commitment I made to my husband,” Margaret said.

Margaret climbed the corporate ladder one rung at a time, one city at a time.

“It was never a job. It was my career,” Margaret said.

Ask her about underemployment and Margaret didn’t face this common military spouse issue in her 20 years as a Coast Guard spouse. Her career at Macy’s was and still is a positive experience.

“They had my back,” Margaret said about her supervisors at Macy’s.

Her husband also had her back. He supported Margaret’s career in the same way that she supported his military service.

“We set the ground rules early in our marriage. I was never going to stop working,” Margaret said. “I needed my own identity, my own challenges.” 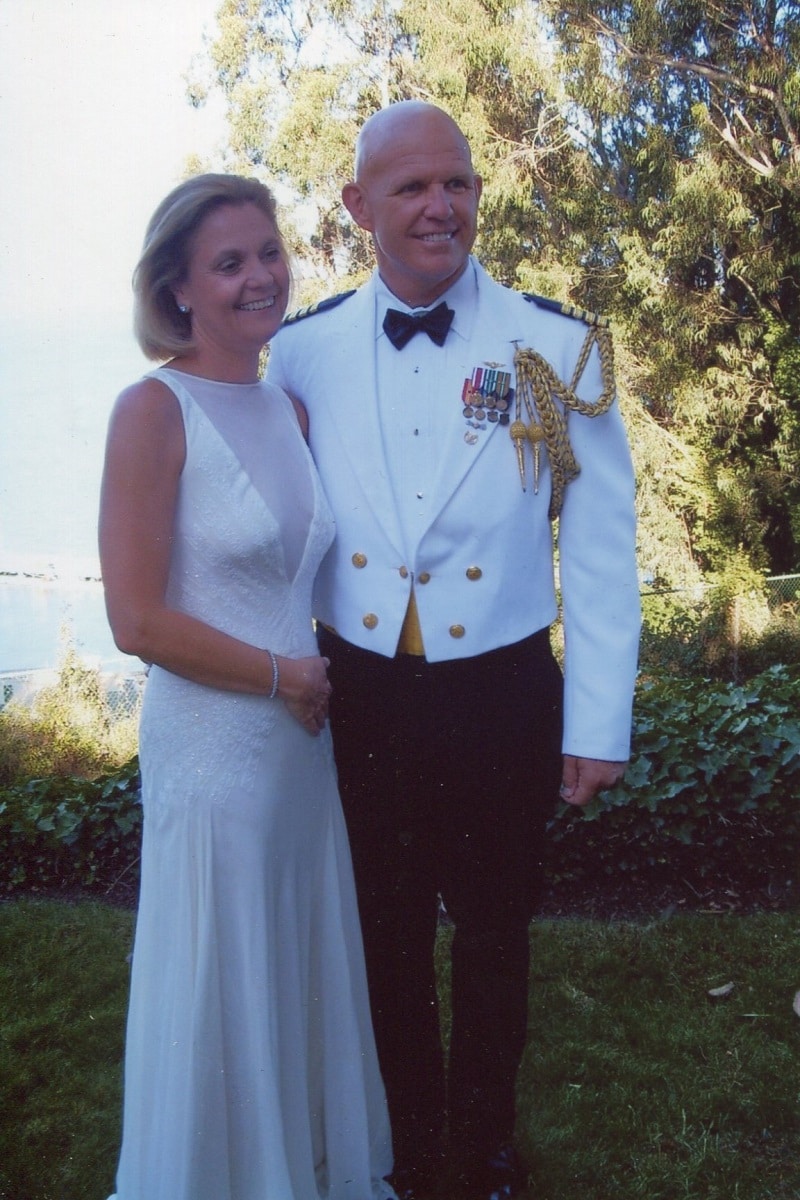 Margaret’s military spouse employment story is why NextGen MilSpouse is thrilled to be a partner in The Big Give Back, Macy’s philanthropic campaign that salutes those who serve.

The Big Give Back Supports Military Family and Veteran Organizations

From June 28 through July 8 Macy’s is asking shoppers to donate $3 to support three military nonprofit organizations: Blue Star Families, Team Rubicon, and Bunker Labs (100% of each donation will be split in three ways). When shoppers donate $3, they will receive a coupon for 25% off throughout the store.

Living overseas or at a military city that doesn’t have a Macy’s? You can add the $3 donation to your shopping bag at macys.com starting on June 28 then save big on a single purchase through July 8!

If you have an entrepreneur spirit then you want to connect with Bunker Labs. Bunker Labs provides educational programming, access to resources, and a thriving local network to help military veterans and their spouses start and grow businesses. Bunker Labs entrepreneurs have helped to create more than 1,500 jobs, including 301 jobs for veterans.

If you have a heart for volunteerism then you want to connect with Team Rubicon. Team Rubicon is the nation’s only disaster response organization whose volunteers are primarily comprised of veterans. The organization has a workforce for 80,000 highly-skilled volunteers. Since its inception in 2010, Team Rubicon has responded to more than 250 disasters domestically and internationally.

Blue Star Families earned bonus points with us because they are giving away 55 $100 gift cards as part of The Big Give Back.

Entering to win Blue Star Families’ gigantic give card giveaway is as easy as taking a selfie. You earn entries through Rafflecopter by completing different tasks, like tweeting about this awesome giveaway or sharing a photo of you with your The Big Give Back coupon! Don’t forget to use #MacyGives.

Daily winners will be announced on Blue Star Families’ Facebook page between now and July 9. (Don’t worry; they will also email you if you’re a winner.)

What are you waiting for? Enter now! 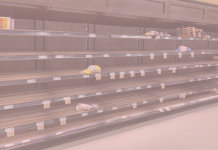 Episode 36: What’s The Worst That Could Happen?